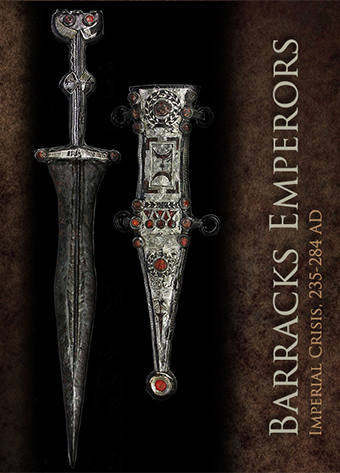 Currency problems, a plague and invasions by Barbarian tribes across Roman borders led to great instability in the Roman Empire. In response, emperors were chosen directly by the military.

Popularity with the troops, generosity to the military and the ability to produce immediate and recognizable results:
If any of these criteria were not met, he was replaced by another. Over 20 emperors in 49 years shaped what is called the Imperial Crisis.

Maximinus Thrax, 235-238 was the first barrack emperor, Diokletian, 284-305 managed to overcome the crisis and introduced terachy by dividing the empire between two senior emperors, the augusti, and their juniors and designated successors, the caesares.